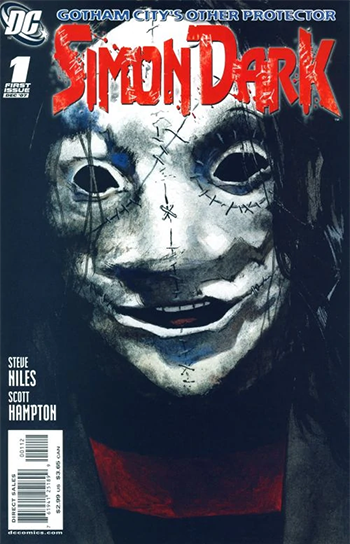 If you're good he'll stay away.
If you're bad he'll make you pay.

Simon Dark is a comic book series that was published by DC Comics from 2007 to 2009.

Unabashedly inspired by Mary Shelley's Frankenstein this comic follows the patchwork teenager Simon Dark as he learns about humanity and his own origins while growing increasingly protective of his Gotham City neighborhood. Gotham's more famous protector gets a brief mention, but doesn't show up as the Village is generally less crime ridden than the rest of the city and is not a place he spends much time. Simon is also unaffiliated with Gotham's other patchwork horror hero Ragman.

Tropes in this series includes: