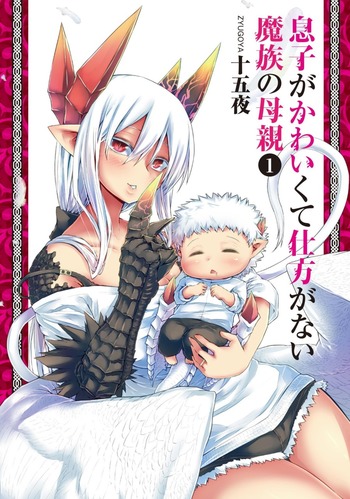 Lorem is a demon. One who, in her heyday, was famous for the havoc she'd wreak among demon and human alike. Lorem is also a mother, one who has given up her days of delinquency and dedicated herself to making sure her baby boy, Gospel, grows up happy and healthy. Helping her in this are her younger sister Merii and Chiharu, a human girl who helped Lorem when she gave birth to Gospel.

From that basis comes the story of Musuko ga Kawaikute Shikataganai Mazoku no Hahaoya ("A Demon Mother Whose Son is Cute") by Zyugoya, an Urban Fantasy Slice of Life in which Lorem raises her little boy in a world where the conflicts between human and demon have only just recently ended. The manga ran in Young Jump from 2016 to 2020.