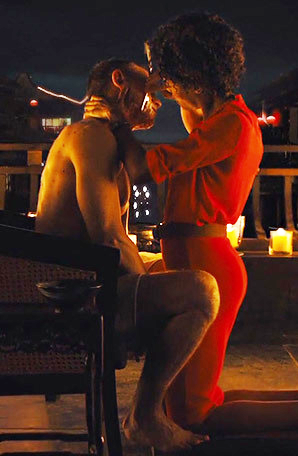 Now that's a close shave.
I cut his hair myself one night
A pair of dull scissors in the yellow light
And he told me that I'd done all right
And kissed me 'til the morning light
— "Samson", Regina Spektor
Advertisement:

When you go to the barbershop/salon, you often get your hair cut in public, and by somebody who isn't really close to you. In other media, cutting hair can become very sexual, as well as reliving the pesky Will They or Won't They? feeling. Often, a woman is cutting a man's hair and is very intimate. Sometimes, it leads to more than intended, but definitely is one of the many intimate acts between two people.