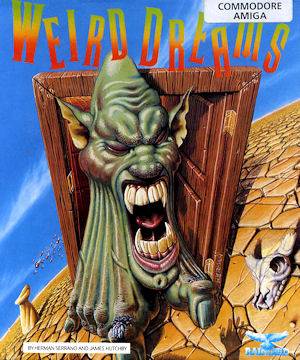 The backstory described in the novella that came with the game is this. The protagonist, Steve, is in love with a woman possessed by a demon. At some point she tricks Steve into taking some pills to cure his flu, thus granting the demon access to his body and mind. Steve's dreams get increasingly lucid, weird and painful. A psychiatrist and then a neurosurgeon try to cure him. The game starts with Steve in the operation room taking an anesthetic and experiencing yet another dream, hopefully not his last.