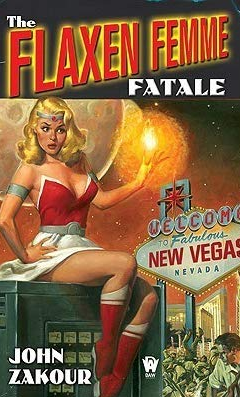 The series follows the exploits of Zachary Nixon Johnson, who works as the last private detective on Earth. Each novel has the world being endangered by a Femme Fatale, and Zach being called on to save the day with the assistance of gadgets provided by his Gadgeteer Genius friend Dr. Randy Pool, his psychic secretary Carol, and and his AI assistant HARV.

Novels in the series include The Plutonium Blonde, The Doomsday Brunette, The Radioactive Redhead, The Frost-Haired Vixen, The Blue Haired Bombshell, The Flaxen Femme Fatale, and The Sapphire Sirens. The series also includes a novella (The Raven-Haired Rogue, released in 2015), a graphic novel (The Case of the Bionic Dancer), and an audio drama (The Peach Blonde Bomber, released in 2020).