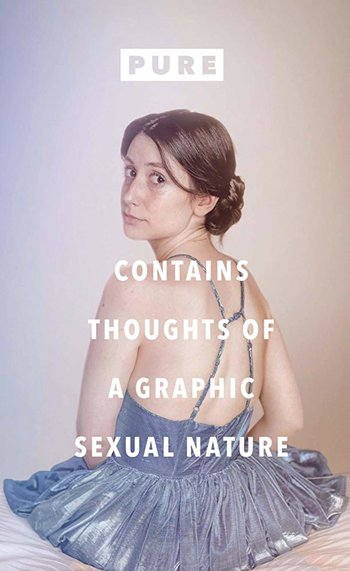 "Most people move to London to seek their fortune. I’ll settle for some answers."
— Marnie
Advertisement:

Pure is a British dramedy series produced by Channel 4, based on the memoir by Rose Cartwright that follows Marnie, a young woman in her twenties who moves from Scotland to London to gain independence and discover herself. But something that has bothered Marnie for some time follows her.

Or more specifically intrusive thoughts. Wherever Marnie goes, whoever she meets pesky intrusive thoughts make the situation needlessly difficult by imaging people naked or engaging in deprived sexual acts. Even her own family. What Marnie has is Pure-OCD and with new friends and a new job working for an online lifestyle magazine all she wants to do is learn how to live with a mental health condition that forces her to imagine the most unthinkable things possible. Often hilarity can ensue. But most of the time its reality that ensues in this down-to-earth story of a young woman living with the realities of mental illness in modern Britain.