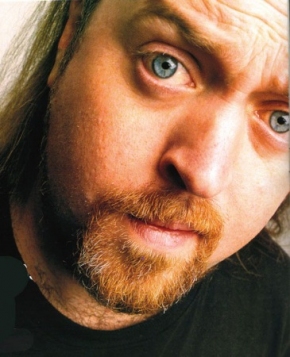 Mark Robert "Bill" Bailey (born 13 January 1964) is a popular British stand-up comedian and musician. He is known for his role on Black Books and appearances on QI, Never Mind the Buzzcocks (where he was a team captain for quite some time, replacing Sean Hughes), Have I Got News for You and Spaced. He has also had small parts in movies such as Hot Fuzz; The Hitchhiker's Guide to the Galaxy movie adaptation (as a falling sperm whale); Run Fat Boy Run, and a few others. They had a more serious role in Hustle as informant "Cyclops" to the con artists in that show. He also can be seen appearing as a trick dog obsessed father in Series 2 of Skins, and as some kind of paramilitary lumberjack in a single episode of Doctor Who.

Bailey is an incredibly talented musician and a very funny comedian who launches into non-sequiturs a lot, and he resembles an overgrown, hairy Klingon troll, but is lovable nonetheless.

In 2020 he took part in, and ultimately won, that year's series of Strictly Come Dancing.

" (and yes, he did dance to it in Strictly Come Dancing when he was on it).