Literature / The Castle of Otranto 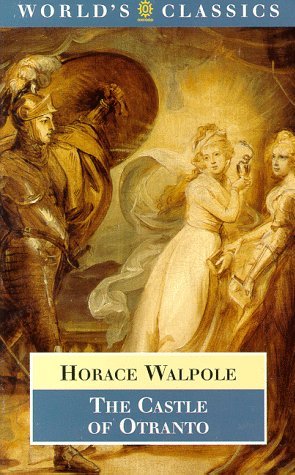 The first official Gothic novel, The Castle of Otranto was written by Horace Walpole and published in 1764.
Advertisement:

It concerns the story of the prince Manfred and his desire to avoid a curse placed upon his ancestors, which places him at risk of losing his castle and title. Caught in the middle of the prince's desperate bid to secure his position are Theodore, a young man wrongly imprisoned under false accusations by the prince, and Isabella, an innocent maiden who Manfred wants to marry after his son met a terrible fate.

Walpole's Otranto arguably sets the stage for the creation of the Gothic horror genre, which would inspire later authors down the line.

His work also introduces the tropes that would be prominent within the genre, and still be recognizable today.

The Castle of Otranto provides examples of: