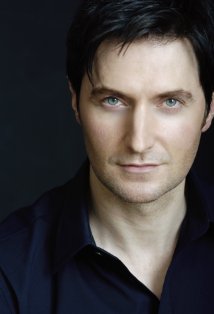 He is most well known as Thorin Oakenshield in The Hobbit, Lucas North in Spooks/MI-5, John Thornton in the adaptation of North and South, Guy of Gisbourne in Robin Hood. He notably epitomizes the Tall, Dark, and Handsome trope, which influences his roles (aside from The Hobbit, of course, where he is Short, Dark and Handsome). He also reads audiobooks and once spent six weeks in the circus to get his Equity card at 17.

His fanbase is widely known as the Armitage Army. As the name would imply, they are... ahem... rather militant in their devotion to him.

Name's the Same as Richard Armitage

, an American politician who was the Deputy Secretary of State from 2001 to 2005 and leaked the identity of CIA agent Valerie Plame to Washington Post reporter Bob Woodward.