Literature / The Wizards of Once 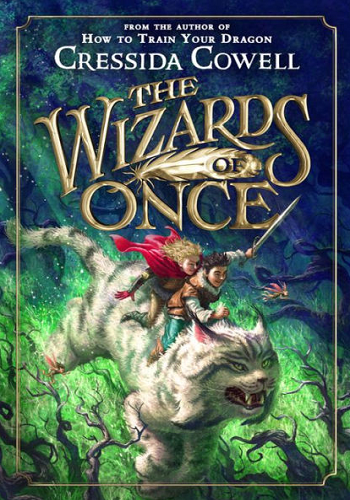 Wizards of Once is a children's fantasy series by Cressida Cowell, the author of How to Train Your Dragon.

In the Dark Ages, wizards once lived in the forest. That is, until the Warrior Queen Sychorax invades with iron weapons. She builds an iron fortress and vows to wipe out all the magic in the forest. One day, her daughter Wish rides out into the forest the same day a wizard boy named Xar travels through the trees to catch a witch and its magic.

Tropes for this series includes: