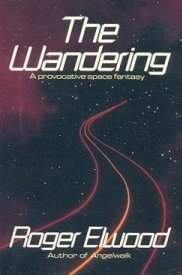 The Wandering is a 1990 Christian Science Fiction book by Roger Elwood. It is about a Tech Detective named Neshi who receives prophetic dreams and is currently working on a murder case when he stumbles upon what turns out to be a Government Conspiracy with a secret group of beings known only as the Natasians. His discovery does not go undiscovered by the powers-that-be, and soon he is exiled into space where he sees that countless worlds have fallen devastated by the Natasians. He soon settles on the planet called Nede which he thinks is a utopia, but soon he discovers secrets about its people that cause him to despair.