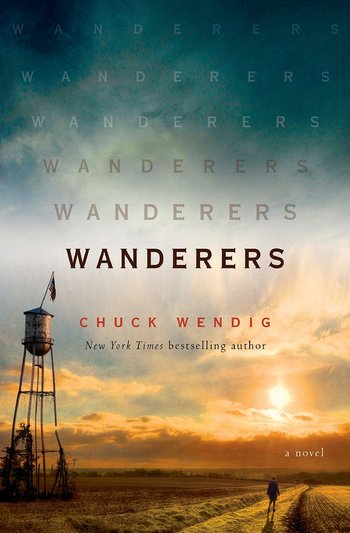 Wanderers is a novel by Chuck Wendig (author of Star Wars: Aftermath, Zer0es, and the Miriam Black series), released in June 2019. The story it tells follows a group of people who, suddenly and inexplicably, begin "sleepwalking" down the roads of the midwestern United States - abnormally so, as they do not wake up and walk for weeks on end, adding more members to the "flock" as they march on. They are joined by family, friends, and a few special extras, who collectively become known as "shepherds", watching over their flock even as a disturbed and wary America fears them.

The book gives special focus to four characters, who all become strongly connected to the flock.

The America surrounding these people and events is a broken one - filled with white supremacy, dangerous political zealots, climate change, among many, many other problems. But as frightening as those issues is the secret behind the walkers - and it may tear the entire world apart.

It may be worth noting that not only has this book been directly compared to The Stand, it gets namedropped within the text.

A sequel titled Wayward is due for release on August 2, 2022.

Beware of unmarked and self-fulfilling spoilers below!