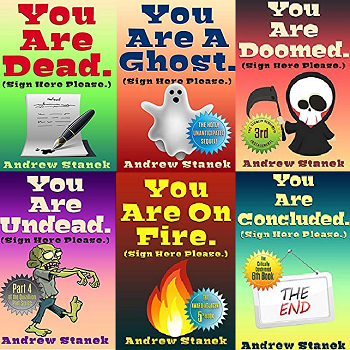 A series of comedy books written by Andrew Stanek.

After Nathan Haynes, lately of Dead Donkey, Nevada dies, he discovers that the afterlife is run by a Celestial Bureaucracy. But on his refusal to sign a form acknowledging his death they're forced to send him back to life until they can trick him into signing it.

The series has six entries.