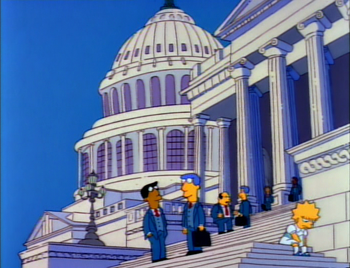 Lisa becomes a finalist in a patriotic essay contest and travels to Washington, D.C., only to have her faith in the American way shattered when she witnesses a congressman taking a bribe and planning to destroy a forest.