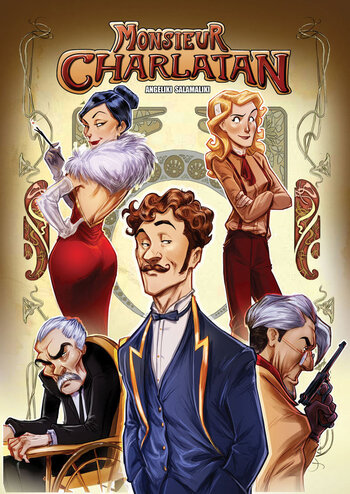 is a webcomic takes place in Paris during The Great Depression. Isidore Charlatan was once a great detective but, after falling into disgrace and losing his beloved fiancée, he now spends his time drinking and contemplating suicide. His Only Friend is Magda, who insists into helping him to face life again, despite his jerkass behaviour. Ironically, that is what happens when she drags him into a night club and he suspects that someone is trying to commit a murder. The problem is, nobody believes him and Inspector Louis, the chief of police, hates Isidore fanatically.