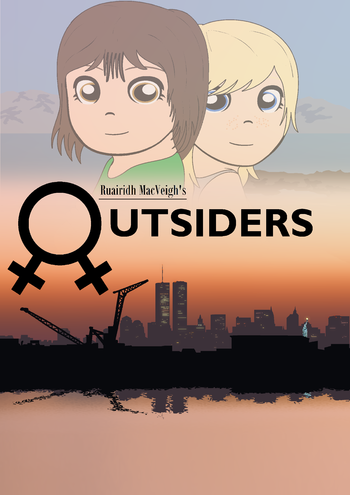 "Our future is in our hands now."
Advertisement:

Outsiders (styled as "♀utsiders") was a webcomic by Ruairidh MacVeigh spun off from his Maddie comics. This time, the focus was on same-sex lovers Siobhan Pattinson and Ebony Larsson, Maddie's friends from the previous comics, as they start to plan their future, battling fear and prejudice to reach their goals in life. It will follow their development from aspiring teenage girls to hard working women. The comic has since been deleted.