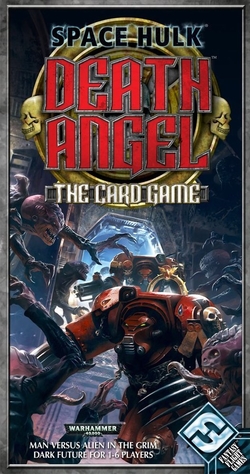 Death Angel is a card game by Fantasy Flight Games in 2010, based in the board game Space Hulk.

Just as in the original, in this cooperative game the players take the role of a squadron of Space Marines in the Grimdark world of Warhammer 40,000 who have boarded a space hulk and cleanse it from the very VERY dangerous genestealers, while fighting in the narrow corridors of the ship.