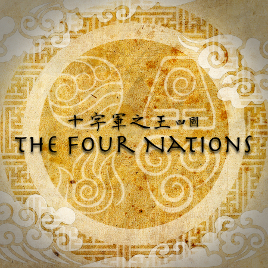 is a Game Mod using the game Crusader Kings II that is set in the universe of Avatar: The Last Airbender. The player will be able to play at various points in the Avatar Timeline from the Death of Chin to Azulon's Coronation (with plans to expand into the events of The Last Airbender and The Legend of Korranote This has appeared in public beta as 'Sneak Peek' with several of the earlier versions for later bookmarks as incomplete).
Advertisement:

The mod is currently running in 1.01

This mod provides examples of the following tropes: