Video Game / War Of The Roses 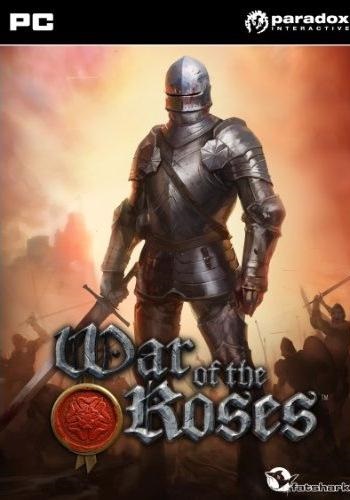 War of the Roses is a medieval combat action game for PC developed by Fatshark and released by Paradox Interactive in October of 2012. As a Spiritual Successor to Paradox's sleeper hit Mount & Blade franchise, War of the Roses is a third-person not-quite-Hack'n'Slash game with a deep and unique combat system that rewards carefully-aimed strikes and nimble-minded defense over swinging wildly at your opponents. The game has been praised for its very detailed customization and its tireless attention to period-appropriate detail while keeping the combat approachable enough not to bury players in realism.

The game is set during the titular Wars of the Roses in 15th century England, wherein the royal houses of York and Lancaster fought off-and-on for the throne over a span of 30 years. In the game, you play a knight, foot soldier, archer, or even a lowly peasant (all decided by you and the game's extensive customization) fighting for your house in up to 64-player multiplayer matches in various battles of the Wars throughout the English countryside, from sleepy farming villages and wide open hill country to the haphazard, claustrophobic streets of large towns.

The combat system is a more refined, deeper version of Mount and Blade's system with many of the same controls; you ready an attack from one of four different directions with the mouse. Fully-charged attacks cause more damage, swing faster, and pierce armor more effectively. Your opponents can block your attacks with a parry from the same direction or a shield. Being blocked causes your weapon to freeze up for a moment, leaving you vulnerable to a counterattack, discouraging players from swinging randomly and rewarding those that make attacks that are hard to predict. Skilled players will "fake out" their enemies by starting an attack from one direction, cancelling it, and attacking from another. Compared to Mount and Blade, several other details have been added, such as aiming for an opponent's cloth-bound arms and legs rather than his plate-armored chest to cause more damage. Also of note is the aforementioned Call of Duty-style class customization system with weapons, armor, perks and some cosmetic details to make classes that are absolutely your own; with tweaks as deep as blade material, edge grind, pommel type, fighting style, what type of leather to cover your shield, what type of wood to fashion your spear haft from, what type of coif and visor on your helmet and even paint and polish for your armor. Once you have a class fully kitted-out, it's almost a statistic impossibility to run into another player with a class the same as your own.

As of January 2017, the servers have been shut down and the game removed from the steam store.

War of the Roses contains examples of: