Video Game / A Way Out 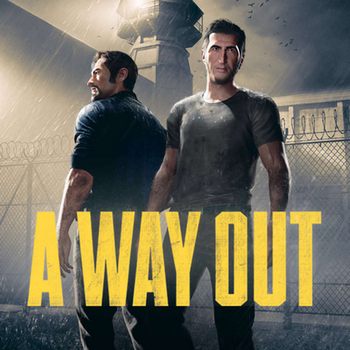 A Way Out is an action-adventure video game by Hazelight and published by Electronic Arts. It is directed and written by Josef Fares, who was responsible for Brothers: A Tale of Two Sons. It was released on March 23, 2018.

The game is set in 1970s America, and revolves around Leo and Vincent, two convicts that wish to escape prison and must stay on the run from the authorities.