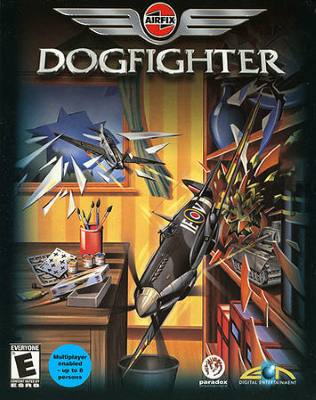 Airfix Dogfighter is a PC flight-combat game released in 2000, based on the popular Airfix brand of plastic scale models. The game is set in a Toy Story-like setup, where two factions of miniature World War II vehicles are at war with each other while living inside a large human house. You are in control of a miniature plane and are given various objectives during the missions, consisting of either shooting down enemy units, protecting your own units, or retrieving certain collectibles.