Video Game / War for the Overworld 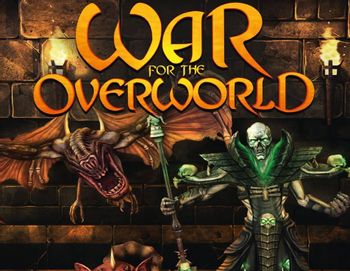 Created by Subterranean Games (Now known as Brightrock Games), War for the Overworld is a Spiritual Successor to the venerable Dungeon Keeper series.
Advertisement:

It was originally funded through Kickstarter and has since had a full retail and Steam release in on PC in April 2015. An expansion pack, Heart of Gold, was released in May 2016.