Video Game / Down in the Dumps 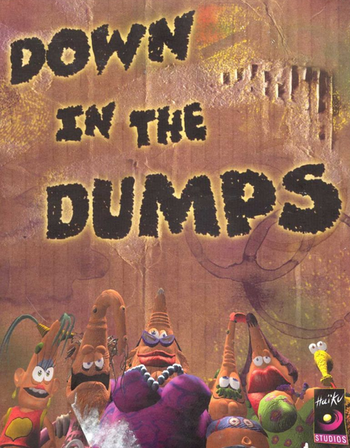 The story is about the Blubs, a diminituve alien family who is going on a holiday trip throughout space. Unfortunately, they are being attacked by Space Pirates. After a chaotic chase, both of them crash on planet Earth, in a large wasteland near New York City.

Now marooned far away from home with their ship wrecked to pieces, the Blubs are forced to spend some time here. First thing to do: find back missing parts of the ship so they can build it again to go back home. In the meantime, they need to thwart the plans of the pirates...