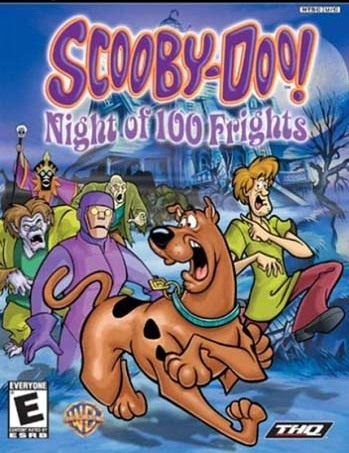 Scooby-Doo! Night of 100 Frights is a 2002 video game based on the popular cartoon character of the same name. In the game, Mystery Inc. travels to Mystic Manor to solve the mystery of the disappearance of Professor Alexander Graham, the uncle of Daphne's friend Holly. An eccentric villain known as the Mastermind is behind Professor Graham's disappearance, and has also somehow resurrected many of Scooby's old foes.

Holly invokes the trope after Mystery Inc. revealed she uses holograms and the Mastermind persona.

Example of:
You Meddling Kids

Holly invokes the trope after Mystery Inc. revealed she uses holograms and the Mastermind persona.