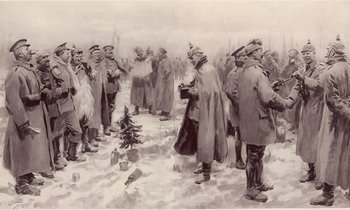 Enemies setting aside their differences for a holiday. This is usually acknowledged by both sides as being a temporary agreement. Nine times out of ten the holiday in question will be Christmas, but it can apply to any holiday.