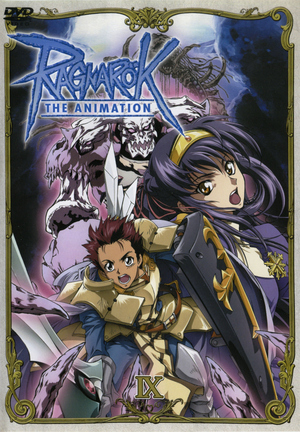 Produced in Japan and Korea by Studio G&G Entertainment and Studio Gonzo. Directed by Seiji Kishi and Kim Jung Ryool, written by Hideki Mitsui and Lee Myung Jin with producers Seīchi Hori and Cheong Dae Sik. With an original run of 26 episodes on TV Tokyo in Japan and SBS in South Korea between April 6th, 2004 and September 28th, 2004.

The story initially follows the protagonist Roan in his quest to become a more powerful swordsman and protect his friend Yufa. The plot follows their misadventures as they recruit more friends and allies into their ranks, preform deeds for other and embark on great quests.

A number of in-game events were arranged in honor of the anime. These included players being able to speak to a NPC in Comodo then carry out quests paralleling the anime, while two characters modeled after Roan and Yufa roamed around Prontera. NPC characters with appearances similar to the anime's main characters, located in Alberta, gave questions during a weekly event right after the current anime episode ended based on what happened in the episode.