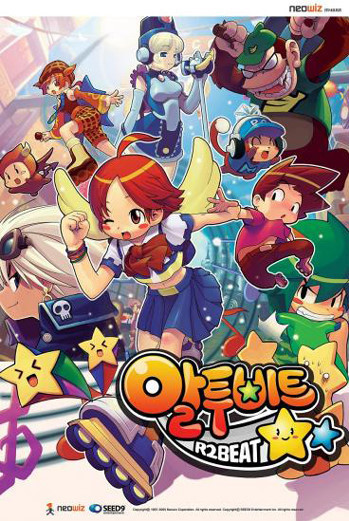 R2Beat was an multiplayer online PC rhythm game developed by Seed9 and published by Neowiz (yes, that one who publishes DJ Max) from South Korea. It was first released as an open beta on September 1, 2005 in Korea, then later an official public server opened in 2006; it became a Defunct Online Video Game on January 10, 2014 in Korea; 2009 in Japan, and December 31, 2019 in China.

The gameplay was to rollerblade perfectly by dodging the obstacles rhythmically and in perfect timing using keys on the keyboard. When you dodged them perfectly, it also accumulated points gauge which can be used for temporary dash to overtake the opponent players.