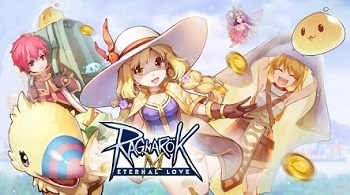 Something familiar, yet quite new...

Ragnarok M: Eternal Guardians of Love (or simply Eternal Love) is a re-imagining of the classic MMORPG Ragnarok Online by Tencent in collaboration with GRAVITY for the mobile age. It entered development late 2017, before being released commercially later that year. It was released in China, Japan and South Korea. An English-language Southeast Asian localization was released in the last quarter of 2018 and in start of 2019, a global server.

The country of Rune-Midgard has experienced several years of peace and prosperity.Things have recently begun to change however, as rumblings of ancient evils thought dormant set their sights on the kingdom once more.

This is the situation that you, as part of a new generation of would-be-adventurers, find yourself in. Will you rise to the challenge?