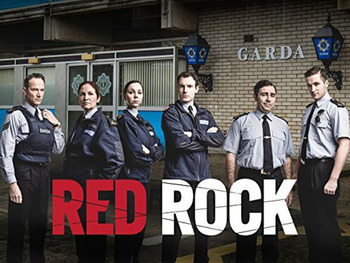 Red Rock (2015-) is an Irish Crime Time Soap airing on Virgin Media One in Ireland and on BBC One in the UK.

Set in the fictional Dublin seaside area of Red Rock, it focusses on the local Garda station as they deal with crimes both major and minor. As well as, initially, the activities of two local crime families.