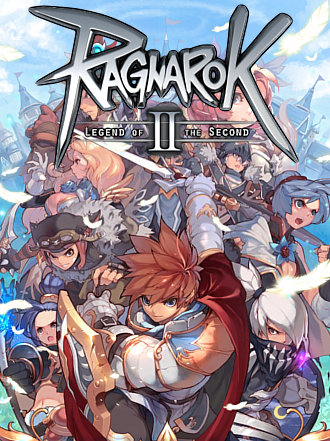 Also known as Ragnarok Online 2 or RO2, this is the second attempt by Gravity Corporation to make a proper sequel to Ragnarok Online, the MMORPG based on Myung-Jin Lee's Ragnarok graphic novel series. Development started back around July 2010, when Gravity announced that the previous sequel project, Ragnarok II: The Gate of the World, had been scrapped in favor of Ragnarok II: Legend of the Second, which sports a new game engine (Gamebryo instead of Unreal Engine), a new art direction, and a reworked story. The Korean version launched on March 26, 2012, with the Southeast Asian version following on January 3, 2013 and the international version on April 18, 2013. Also available on Steam.

Legend of the Second's story opens with the events of Ragnarok, in which Chaos—Odin's reincarnated son and the god of light, Baldur—fought the goddess Freyja with the help of a band of heroes, seeking to prevent her from destroying all of Midgard. In a final cataclysmic battle known as the "Day of Despair," Freyja was finally sealed in Vanaheim. Three hundred years later, Freyja's followers—calling themselves the Freyjanity—kidnapped children all across the Rune-Midgarts Kingdom. Following an investigation discovering the location of their research facility, King Reinhart ordered the Knights of Prontera to eliminate the Freyjanity and rescue the children.

The Knights waged a bloody battle with the Freyjanity's monsters, but ultimately succeeded in their mission. Many of these children were orphaned by the Freyjanity's machinations—so Zeras Hyperion, leader of Prontera's Knights, stepped forward to raise the orphans himself. What none of the Knights realized, however, is that each and every one of the kidnapped children had within them the power of the Heart of Ymir—and the Freyjanity has not been truly exterminated.

Ten years later, the orphans have grown into teenagers preparing to graduate from the Elemento Academy, a Military School nestled deep within Mt. Mjolnir—and that's where the player's journey begins.

In November 2013, Gravity announced that the Korean RO2 servers would be closing down on December 23rd 2013

Ragnarok II: Legend of the Second provides examples of: