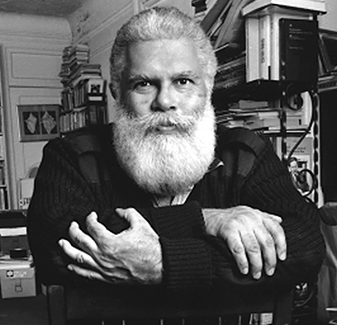 "The general public is a statistical fiction created by a few exceptional men to make the loneliness of being exceptional a little easier to bear."
"The only important elements in any society are the artistic and the criminal, because they alone, by questioning the society’s values, can force it to change."
Empire Star
Advertisement:

Samuel Ray Delany Jr. (born April 1, 1942), "Chip" to his friends, is an American Science Fiction writer, critic, and academic. Generally associated with the New Wave Science Fiction movement of the 1960's, he is often considered a prodigy, since his well-received first novel, The Jewels of Aptor, was written when he was only nineteen, and only a few years later, he was winning Nebula Awards.

He was one of the first openly gay SF writers, one of the first really successful African-American SF writers, and almost certainly the first to be both—though the former has had more of an impact on his writing. His interest in the literary ideals of the New Wave movement led him to academia, and made him one of the first writers to really cross the bridge between SF and Lit Fic. Today, he is a professor of English and Creative Writing at Temple University in Philadelphia.

His best known novels include Babel-17 and The Einstein Intersection (both Nebula winners), Stars in My Pocket Like Grains of Sand, Nova, and Dhalgren.