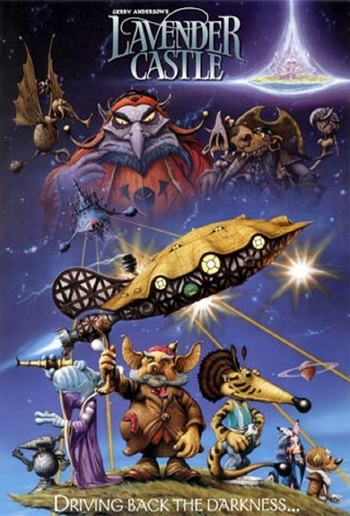 "Lavender Castle, a place of legend, fabled right across the universe. This is our quest: to find it!"
— Captain Thrice, opening narration
Advertisement:

It follows the adventures of the crew of the Paradox, led by Captain Thrice, on their quest to find the legendary Lavender Castle and prevent Big Bad Dr Agon from destroying it.

The crew of the Paradox include Captain Thrice, his walking stick which was brought to life during a previous encounter with Lavender Castle, Isambard (Engineer), Roger (Pilot), Lyca (Doctor), Sir Squeakalot (Ship's robot) and Sproggle (Navigator).