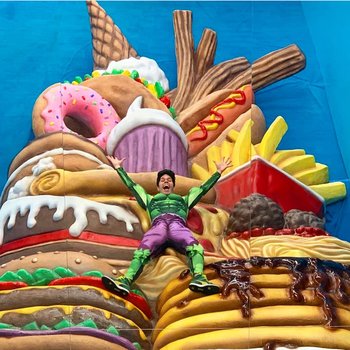 A dream, daydream or otherwise of every child, immature character, or Big Eater: a giant pile of their favorite food.

Of course, you'd only be able to eat so much before you'd begin to hate the taste (not to mention the stomach pains). And such a big, unprotected amount of food would usually spoil pretty fast.

See also Giant Food and Level Ate, where the food is unusually enormous for its size.