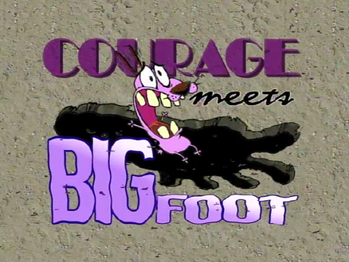 He also met a big foot

◊ once, but that's another story.
Advertisement:

A cryptid is an animal which is not yet known to modern science, such as Bigfoot, The Mothman, or the Loch Ness Monster. Sometimes, a show that is not usually focused on them will have an episode or two about them.

This type of episode can be used as a characterisation exercise, establishing some of the characters as believers and others as skeptics.

Possible plots for this kind of episode include:

If done clumsily, this can easily result in a Bizarro Episode. See also Our Cryptids Are More Mysterious and Alien Episode.