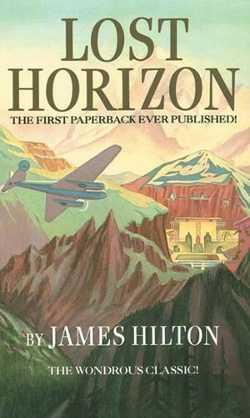 Passengers aboard a small airplane discover that they have been kidnapped by someone posing as their assigned pilot. The plane crashes in the Himalayan mountain range, along the border of China. The dying pilot's last words indicate there is a lamasery nearby at Shangri-La and they will find help there. The passengers go to the lamasery and are offered shelter there. Then mysteries start to unfold: the passengers want to leave but but are unable to, and it becomes clear that time passes differently here.

It was filmed by Frank Capra in 1937, and again in 1973 as a spectacular star-studded musical flop.

Not to be confused with the power metal band with the same name.