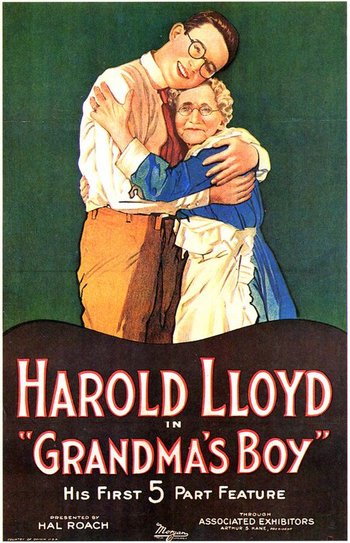 Lloyd is the grandma's boy, a timid young man living with his grandma in a small rural town. He yearns for romance with the local pretty girl (Mildred Davis, the future Mrs. Lloyd), while struggling with his rival, a bully who also wants the attentions of a pretty girl. Harold is a hopeless coward, quailing in fright when a hobo is found lurking in the yard, further embarrassed when his feisty grandma chases the hobo away with a broomstick.

The hobo actually turns out to be a dangerous criminal. The town forms a posse to catch him, but a terrified Harold runs away. His grandma, to buck up his courage, tells him a story about his grandpa. It seems that back in the Civil War, Harold's grandpa received a magic charm from an old witch, which rendered him invulnerable to harm. She then gives him the charm, which gives Harold courage.

No connection with the similarly named 2006 film starring Adam Sandler.