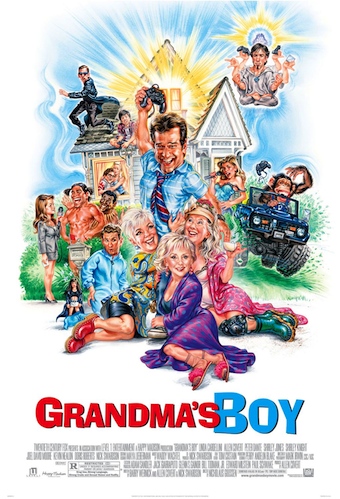 When his landlord kicks him out after his roommate blows the rent money on Filipino hookers, 35-year-old video game tester Alex has to find a new place to live. After trying unsuccessfully to crash at his dealer's place and a colleague's house, Alex moves in with his grandmother and her two roommates. In order to save face with his co-workers, Alex claims to be living with "three hot babes" but things get complicated when he falls for the beautiful Samantha — and discovers a romantic rival in J.P., the creator of the video game they are all working on.

While almost universally panned by critics, the movie did become a cult classic, earning almost six times its production costs in DVD sales (the movie was made for $5.5 million and made $30 million of it back).

No connection to the similarly named 1922 film starring Harold Lloyd.