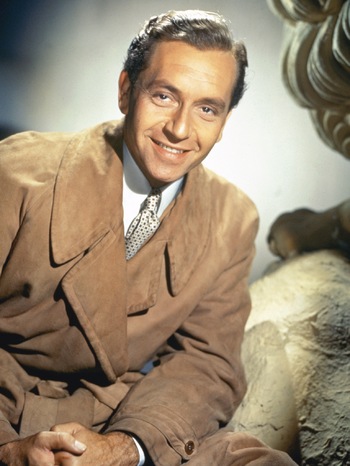 "I hate to think of the day when nobody remembers me as an actor and I can't get good tables in restaurants."
Advertisement:

Henreid, the son of an aristocratic Viennese banker, trained for the theatre in Vienna and made his stage debut under director Max Reinhardt. He left Austria in 1935 and appeared in such British films as Goodbye, Mr. Chips (1939) and Night Train to Munich (1940) before moving to the United States.

Henreid's acting career suffered from Hollywood blacklisting him when he protested against the House Committee on Un-American Activities in the 1950s. He subsequently began a second career as a director, particularly for television. He died of pneumonia in 1992, just days before Casablanca was re-released in honor of its 50th anniversary.