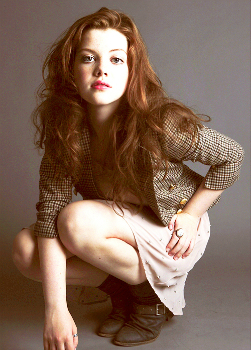 Georgina Helen Henley (born 9 July 1995 in Ilkley, England) is an English actress from Ilkley in Yorkshire.

She is best known for playing Lucy Pevensie in the film series of The Chronicles of Narnia, a role which earned her many awards. She has matured over the course of the movies, turning from a child actress into a stunning young lady.

She also appeared as the young Jane Eyre in the 2006 BBC adaptation of Jane Eyre.

In 2011, Henley got the role of Beth in the crime-drama Perfect Sisters, a film that is based on the true story about two Canadian teenaged sisters who killed their mother. The film was released in 2014.

in The Spanish Princess.