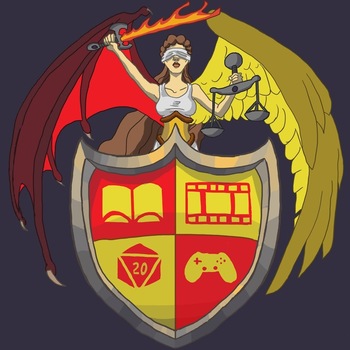 "Welcome to Smash Fiction, the podcast where we pit two or more nerd icons against one another in a battle of strength, or wits, or ______, and see who would win."

Smash Fiction is a weekly podcast on which the hosts and occasional guests debate which fictional characters would win in various contests, from out and out fights to eating contests to heists (among other things). The battles are now biweekly, with an Actual Play RPG (Extraordinary League), collaborative storytelling (Collaboratory), a shipping "reality game show" (Shipwrecked), and competitions over who would best replace the characters in an existing story (Surprise Party) filling in the other weeks.

Episodes, fanart, transcripts, and other bonus content can be found here

Note: these tropes apply to all episodes. For specific episodes, see the recap page.