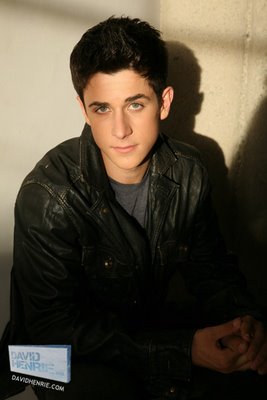 David Clayton Henrie (born July 11, 1989 in Mission Viejo, California) is an American actor, television writer, and producer. He is best known for playing the Insufferable Genius Justin Russo on Wizards of Waverly Place and Cory's best friend, Larry, on That's So Raven. He is also the Son in How I Met Your Mother, although after season 2 it's just stock footage filmed at the start of the second season. He also has a Twitter account

, and voices Sho/Shawn in the US dub of The Borrower Arrietty.

Works in which he is present

This actor exhibits examples of: