Film / Diary of a Lost Girl 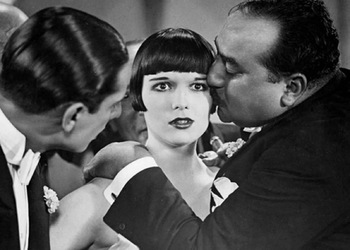 "With a little more love, no one on this earth would ever be lost!"
Advertisement:

Brooks is Thymian Henning, the daughter of pharmacist Robert Henning. On the day of Thymian's confirmation, her father kicks the maid out of the house—it turns out that Robert knocked the maid up. The maid kills herself. Thymian goes to her father's assistant, Meinert, to find out what's going on, but Meinert rapes her. Thymian, now pregnant without benefit of marriage, is thrown into a brutal reformatory for "wayward women", run by a cruel headmaster and headmistress. Her father then proceeds to marry his new maid, Meta, who is categorically against letting Thymian come home.

Diary of a Lost Girl was Pabst's follow-up to his even more successful Pandora's Box, also starring Brooks. Unfortunately for Brooks, her window to be a film star in Germany slammed shut with the coming of talking films, and her career was pretty much over once she went back home.