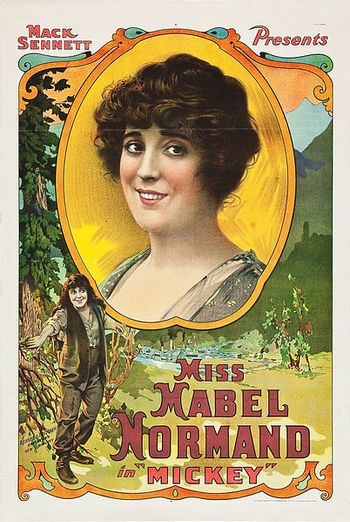 Normand is Mickey, the orphan tomboy ward of roughneck gold miner Joe Meadows. Joe has raised Mickey from childhood after the death of her father, his old partner. Joe now believes that Mickey needs a more sophisticated environment and the company of women, so he reluctantly sends her off to live with her mother's family, the Drakes. Unfortunately Mrs. Drake, Mickey's aunt, is a selfish schemer who's only after Mickey's money. When she finds out that Mickey has no money—Joe's mine is tapped out—she forces Mickey to work as a servant in her mansion. Meanwhile, wealthy miner Herbert Thornhill has taken a shine to Mickey, but Mrs. Drake is trying to maneuver him into marrying her unpleasant daughter Elsie.