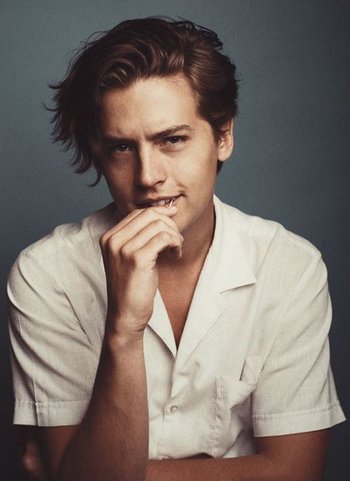 Sprouse is best known for his shared childhood acting career with twin brother Dylan. As a unit, they made their debut in the ABC sitcom Grace Under Fire, which they later followed up with roles in the 1999 Adam Sandler comedy Big Daddy. It should be noted that Dylan didn't share a role with him on NBC's Friends, as the son of David Schwimmer's Ross Geller.

After splitting roles throughout their childhood, the Disney Channel kidcom The Suite Life of Zack & Cody was their first project that featured Cole & Dylan as distinct entities. After three seasons, they reprised the roles of Zack and Cody on its sequel series The Suite Life on Deck, which ran for an additional three seasons.

Following the end of Suite Life, both brothers took a break from acting to focus on their studies at New York University, where Cole graduated with a degree in archeology. During this time, he also took up photography as a side profession.

Sprouse returned to acting in 2017 when he was cast as Jughead Jones in Riverdale, the The CW's reimagining of the Archie Comics franchise.