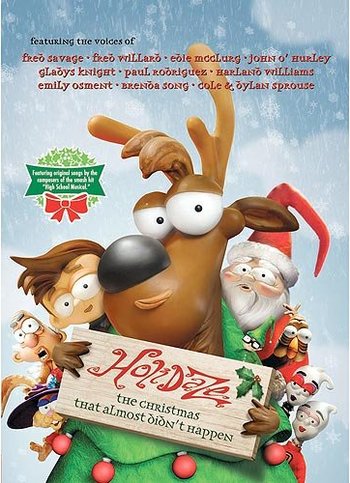 The plot revolves around Rudolph's brother Rusty (Savage), who's hopelessly inferior to the other reindeer and is ignored even by his own dad. He joins a support group for depressed holiday icons, such as the Easter Bunny (Knight), Cupid (Rodriguez), a Thanksgiving turkey (Williams), and two ghost girls representing Halloween (Song, Osment). Together, they search for the meaning of Christmas and help an unnamed boy (Sprouse) get on Santa's (Willard) nice list.

The special was sponsored by Campbell's soup, Walmart, Ask.com, and Coca-Cola, all of which were subjected to Product Placement in the special itself. Platypus Comix reviewed the special for the subsite "The Island of Misfit Christmas Specials" here.