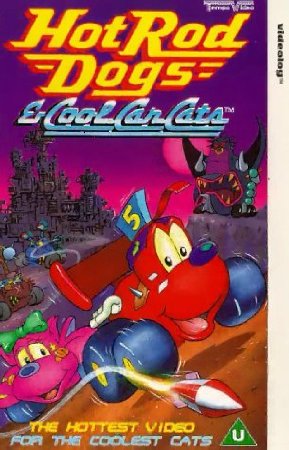 Hot Rod Dogs and Cool Car Cats is a 1995 animated series. It takes place in the world of Autopia, which is populated by two races: dog-cars and cat-cars. The main characters are Hot Rod and his friends Carbs, Doggone and Benz, who are on the run from Autopia's tyrannical ruler, The Crusher, and his henchman, Scarhood.