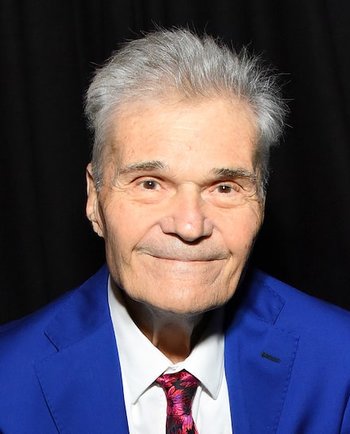 "His comic delivery is so natural that I don't think he can prevent it. If Fred Willard was a doctor, it would take him 15 tries to convince you he wasn't kidding about your bone cancer."
—Seanbaby on Fred Willard
Frederick Charles Willard (September 18, 1933 – May 15, 2020) was an American actor, comedian, voice actor and writer, best known for his improvisational comedy. He sadly passed away

Tropes that apply to his works include: