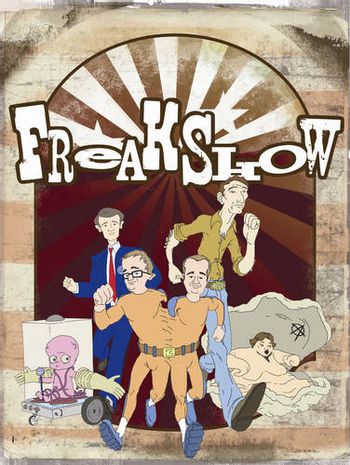 Freak Show (2006) is an Animated Show from Comedy Central. Follows the adventures of the "Freak Squad", a group of cut-rate superheroes who work as circus freaks when they're not performing top secret errands (such as sneaking into a closed nation and taking on an evil dictator in order to get the president his delicious Perry nuts) for the United States government. The member of Freak Squad include:

Looking for the trope? See The Freakshow.

The Freak Show provides examples of: