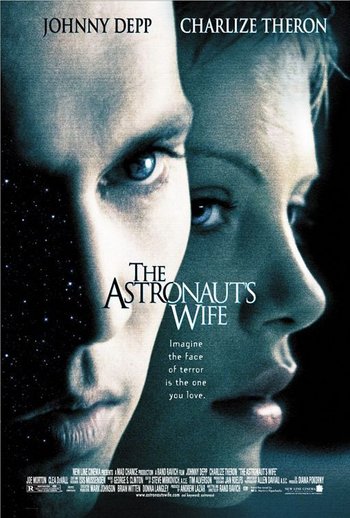 The Astronaut's Wife is a 1999 science fiction/thriller film written and directed by Rand Ravich, starring Johnny Depp as an astronaut returning from a space mission and doesn't seem quite right, as his wife (Charlize Theron) suspects something is wrong with him.

Tropes associated with The Astronaut's Wife: