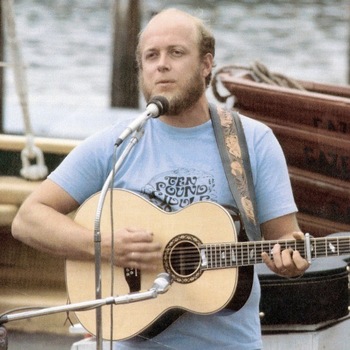 Stanley Allison Rogers (November 29, 1949 – June 2, 1983) was an iconic Atlantic Canadiannote though he was actually born and raised in Ontario and only had relatives in Atlantic Canada, this is basically forgotten these days folk Singer-Songwriter whose brief, brilliant career began in 1976, produced a number of albums, and was then cut short by his tragic death in an airplane accident at the age of 33.

He left behind an enduring legacy for the Canadian music scene, and a number of his songs ("Barrett's Privateers", "Northwest Passage", "The Mary Ellen Carter") have become national standards. "Northwest Passage" has been cited by prime ministers and governors general as an unofficial national anthem of sorts, and was voted the fourth-best Canadian song of all time in a CBC radio poll.

There is an annual music festival held in his honour in Nova Scotia.